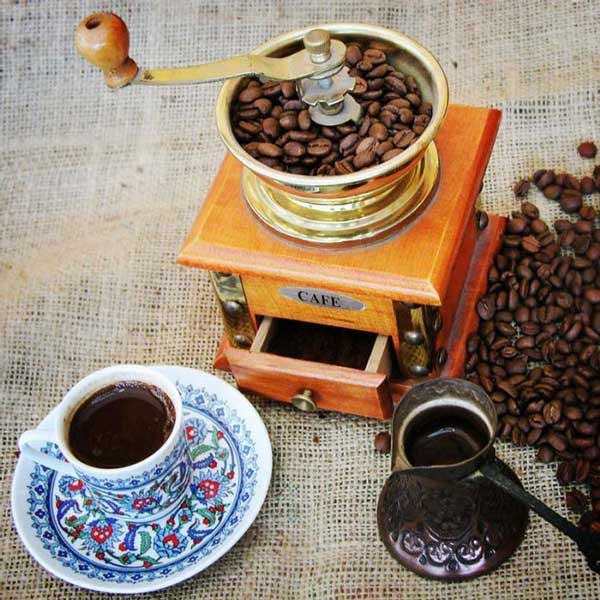 The origin of Turkish coffee’s culture expands from Turkish Empire to Yemen then from Yemen to Ethiopia. The coffee became widespread in the Arabian Peninsula shortly after it was discovered in Ethiopia. When the coffee trees from Ethiopia were planted in the State-i Aliyye, a different type of coffee was created. At that time, Yemen was a part of State-i Aliyya. At a request of Kanuni Sultan Süleyman, Yemen Governor Özdemir Pasha brought coffee to İstanbul.

Coffee was first introduced to the palace with different presentation techniques and then consumed by the public. With the arrival of coffee, coffee houses were opened. The coffeeshops became a place of sharing ideas for innovative, creative and talented people. This mysterious drink, which was a means of gathering people together, was perceived by the State as a threat to the government and was repeatedly banned. Despite these prohibitions, coffee was continued to be consumed. Coffee culture spreads all over the world with pilgrims visiting Jerusalem and Mecca.

The coffee in Ethiopia used to be prepared by boiling coffee fruits. Thanks to Turks, coffee was started to be brewed in cezve and served in tiny cups in 16th century.

Traditionally, Yemeni coffee is supposed to be used for Turkish Coffee. In today’s World, Brazillian, Ethopian and Yemeni Arabica Coffees are used for Turkish Coffee. For brewing a traditional Turkish Coffee, at least 7 grams of coffee and 60ml of water should be used for each person. The amount of coffee can be increased by wish. Turkish coffee should be finely ground. First you should pour cold water in cezve and then add coffee over it. After that you should mix it 2-3 times and wait until it reaches to the boiling point.

Special attention should be given to the boiling point, otherwise the coffee taste bitter. Turkish coffee should be served with foam. The foam should be transferred carefully from Cezve to cup at the time of boiling. Medium roast is preferred for Turkish Coffee. When the roasting time of coffee is completed, the coffee should be taken to the cooling tray before or after first crack.