Izmir State Opera and Ballet on January 9, with the contribution of Toper Machinery Industry, presented the Coffee Cantata to the appreciation of the people of Izmir in the Alhambra Stage.

The coffee addiction, which was considered as a social problem in the 18th century, was described in a satirical language in Coffee Cantata, which Bach wrote in 1735 and made its world premiere at Cafe Zimmermann in Leipzig in the same year. In the Izmir stage of the work; Bach, coffee, orchestral suite number 3 orchestra, Air, Gavot I and Gavot II with the Mi Major Violin Concerto was added to the sound of a show called Coffee Love. 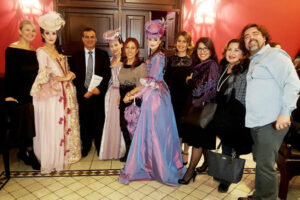 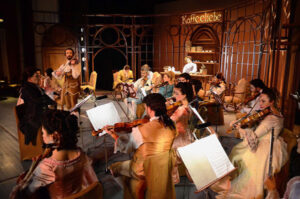 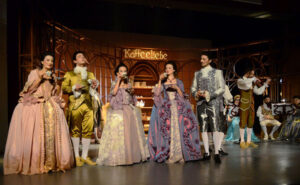 In the eighteenth century, the story of Coffee Love in a café in Leipzig is as follows:

There has been a period when drinking coffee (especially for women) is against breeding rules. Lieschen, a coffee addict, agrees in the café and accepts the Erzahler’s proposal for marriage if he allows him to drink coffee. Lieschen’s father, Schlendrian, also needs permission from the lovers to get married. It will not be easy to get permission from the father; The happy ending however will be the result of a series of challenges. 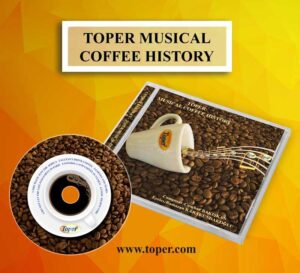 Known coffee history and trade has been developing continuously since the 1300s. Coffee is the world’s second biggest commodity after oil. Coffee has become part of a great social structure, thanks to its features. It has a very important place in personal life, meetings, conversations, gastronomy. Even in the field of art and politics have also had effects, so the it was prohibited from time to time.

We would like to thank composer “Cumhur Bakışkan” for his great support and self-study in the preparation of this music. We dedicate this music to all the coffee industry employees, who have contributed greatly to the development of the coffee world. 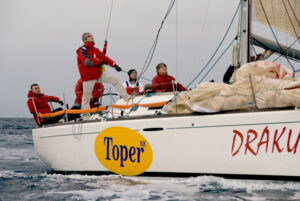 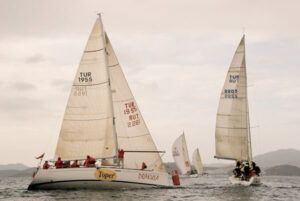 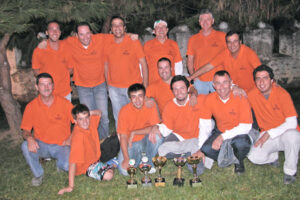 oper supports sailing. In addition, sailing requires 15 times more questioning and consideration than other sports activities. For this purpose, sailing team was established in order to develop team spirit. He has tried to improve the cooperation characteristics among team members. The Dracula sailing team supported by Toper has achieved many successes. 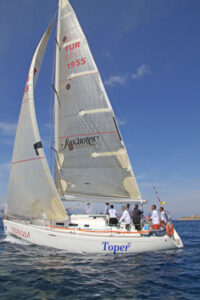 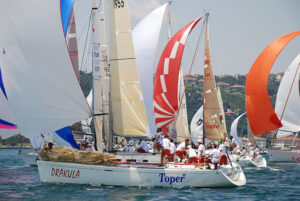 Toper Coffee Academy has been established to support people and investors who want to enter the coffee industry and for the ones who want to get information. 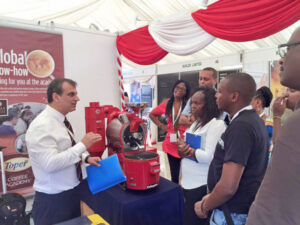 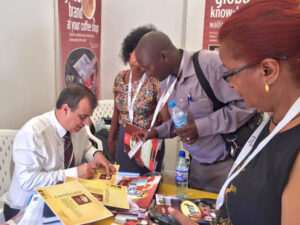